Girard Hendelman played 3 years of varsity basketball, 2 years at Archbishop Weber High School and, then after Weber closed, in his senior year at St. Patrick High School.  Girard has always been a leader who excels in both coaching kids and teaching/training adults in the business world. He has developed strong ties to the community in Des Plaines where GSH Apparel, his custom t-shirt and uniform decorating company, is located.  He also is the owner of an events company where he does countless hours of training and staffing of events.  Girard believes that the key to developing players is through 100-percent focus and effort and that learning the game and how to function as a team player is an important concept in sports.  He has been affiliated with Horsemen Hoops since its inception in 2013. 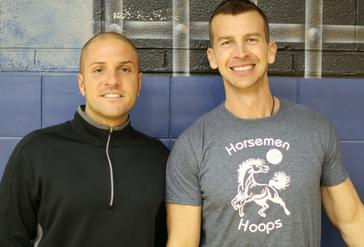 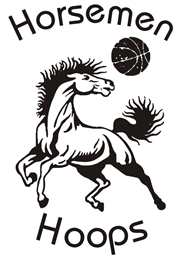 Horsemen Hoops has worked to put the highest quality basketball professionals in place to represent this great sport. The foundation of Horsemen Hoops is built on the character and integrity of its players and coaches. Every player/coach that puts the Horsemen Hoops logo on their chest will embody an ultimate respect for the game of basketball. They will work with maximum effort, complete focus, and an unwavering desire to achieve beyond what others feel is possible.